I am a big Rolling Stones fan, especially of their live music from the late 60s and early 70s. They were a great live band in their early days. For example, while there is no video, the audio in this YouTube clip shows what you could expect at a Stones concert in 1970: two guitar solos for the price of one, the first by Keith Richards (starting at 3:12) and the second by Mick Taylor (starting at 5:15). And Charlie Watts, keeping things moving. Here’s my favorite Charlie Watts story, courtesy of Keith Richards: in the mid-1980s, an intoxicated Jagger phoned Watts’ hotel room in the middle of the night asking “Where’s my drummer?”. Watts reportedly got up, shaved, put on a suit and tie, went to Jagger’s room, and punched Jagger in the face, saying: “Don’t ever call me your drummer again. You’re my fucking singer!”

Around that time, Keith Richards made famous “Micawber”, his custom Telecaster. Micawber is notable for having a PAF style humbucker in the neck position and 5 strings, Keith having dropped the low E string. 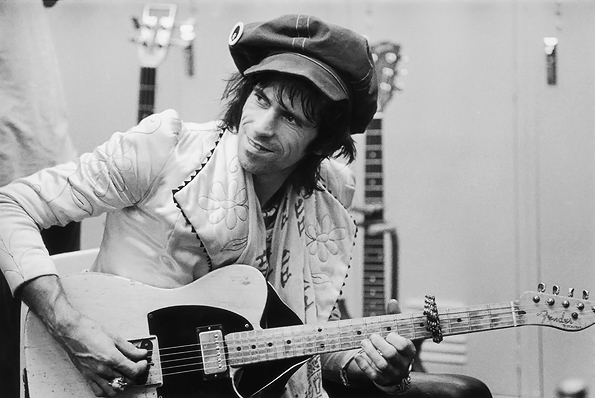 Why “Micawber”? Some people have asserted he named his guitar after a character (Wilkins Micawber) in the Dickens novel “David Copperfield”. But Keith himself has said “There’s no reason for my guitar being called Micawber, apart from the fact that it’s such an unlikely name. There’s no one around me called Micawber, so when I scream for Micawber everyone knows what I’m talking about.”

Whatever the reason, I thought it might be interesting to interpret Micawber for today, a time when tradition is still valued but at the same time pretty much anything goes. I will keep the low E string because I enjoy playing that string (and I use a standard tuning) but my post-modern Micawber will be shocking neon pink, with a Seymour Duncan Pearly Gates in the neck and a Quarter Pound in the bridge. Also, it will have a 4-way switch, with both parallel and series pickup options available. And Stratocaster headstock. 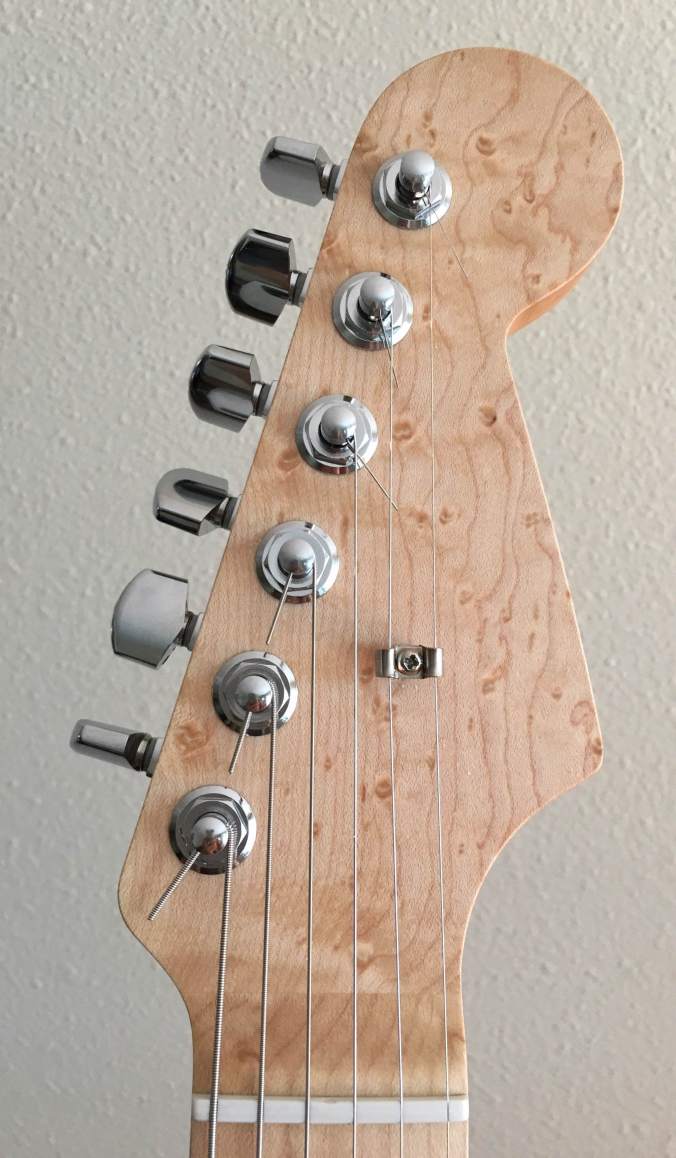